Gene Wolfe died almost a week ago on April 14. 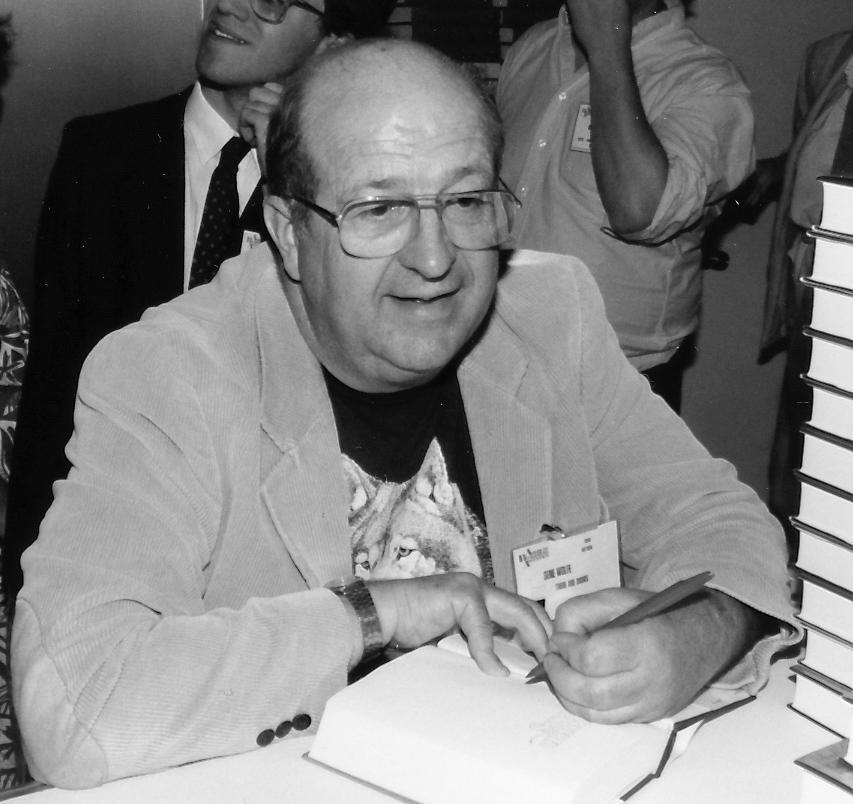 Most of you have never heard of him, but in the cross-genre world of science fiction, fantasy, and Literature with a capital L, his words crossed the boundaries of 1980s gutter genre and became something singular; something magical.

I met him in the spring of 1982 at the International Conference for the Fantastic in the Arts.  He was one of our instructors in the Writing Workshop.  The day before, Brian Aldiss had challenged us with homework to write in our hotel rooms.  “Go back and write a short story that begins or ends with the phrase,  ‘They never went out of the house.'”

Within minutes I knew the characters, where the phrase would be placed, and what would happen in the story.  That night, I pounded it out on the portable typewriter I’d brought with me.

The next day, Gene Wolfe was the writer judging our accomplishments.  One of the reasons I was at the conference was Gene.  He had written The Book of the New Sun, a four-volume tetralogy that I considered huge and immense and wondrous and confusing and magical and even science fiction.  (Why do I say even science fiction?  Because the four-book tetralogy was positioned and published as Fantasy.  At the conference, Wolfe kept calling it science fiction, and he explained that his vision for the novels was that the story takes place one million years in Earth’s future.  Our civilization has fallen, as have countless others that sprang from the ashes.  The moon was long ago terraformed, and in the night sky is green with verdant forests.  While the resident civilization is based on the long lost Byzantine Empire, the planet also holds cyborgs, mutants, spaceports, and wonders that call to mind Clarke’s law that “Any sufficiently advanced technology is indistinguishable from magic.”)

The Book of the New Sun remains to this day one of the most challenging and rewarding reads I’ve ever experienced.  And I desperately wanted Wolfe’s input.

We read our stories aloud, and when I was finished, Gene sat back and looked at me and said, “There’s something there.  I don’t exactly know what’s there; I don’t know what it is.  But it’s good writing.”

Boy, was I grateful.  He gave me support that I didn’t know I needed.  And his comments echoed my own about what I had written.  I knew where the story came from, but I didn’t really know 100% what it was all about.

A few months later, I polished it up a little and sent it to Twilight Zone Magazine.  They were having a short story contest.  I didn’t win, but I got an honorable mention.  Not too bad, thanks to Brian Aldiss and Gene Wolfe.

That’s my Gene Wolfe story.  I never got a chance to meet or talk with him again.  But he had an impact on my life, and his books still continue to influence and amaze me.   And here are some nice words about Gene from his friend, Neil Gaiman.

Read these.  The jpgs link to Amazon.

One thought on “In Memoriam”