America is a country that has grown up with Disney.  In many ways, it can be argued, Disney’s deep-rooted and generational influence can be considered the spark of America’s cultural imagination.

In the ’70s, Disney and Co.–movies, tv shows, theme parks–were regarded as kid stuff.  Teenagers had no desire to watch any Disney movie, and far less desire to be seen by their peers enjoying anything by Disney.  Then the ’80s happened.  Disney rebounded, largely under the influence of head Mousketeer Michael Eisner, and then he did something interesting: he opened the doors for Disney to entertain adults as well as their kids.  Touchstone Films gave us Disney movies for grown ups, such as Pretty Woman, Adventures in Babysitting (What a Chicago blues-based soundtrack!), Who Framed Roger Rabbit? and Throw Momma From the Train.  Hotels and more theme parks sprang up, with bars and attractions catering to adults.  And finally there was Pleasure Island.

In the late ’80s, downtown Orlando offered Church Street Station, an assortment of (loosely) Western-themed bars and restaurants that drew the after dark crowds away from Disney World for entertainment without the kids.  Disney recognized the need to keep customers on property after the sun went down, so Pleasure Island was created–a man-made island of bars, restaurants and nightclubs designed to deliver a Disney experience to the adults-only crowd.

Disney is a publicly-traded company, and as such has no moral or ethical mandate to its customers, to Disney fans, to children…  Really, its only goal is to constantly grow in order to satisfy its shareholders with revenue and profit.  Under this revenue-based policy, Pleasure Island was closed.  Gone is the mandate or the wish to cater to adults with nighttime, grown-ups-only entertainment.  Current Disney administration is focusing only on children and families, and how to exploit their cash cows at maximum financial benefit to the company.

I went to Disney World with my lovely wife for the first time, after a nine-year absence, in August 2016.  And I saw that a lot of things have changed, and not all for the better.  The property is in a state of flux, with new attractions being built and other attractions getting changed.  But the overall impression I came away with is one of incessant and increasing corporate greed.  The end result is a less satisfying, yet more expensive, vacation experience–one that caters only to an amorphous, generalized, upper-middle class family demographic. 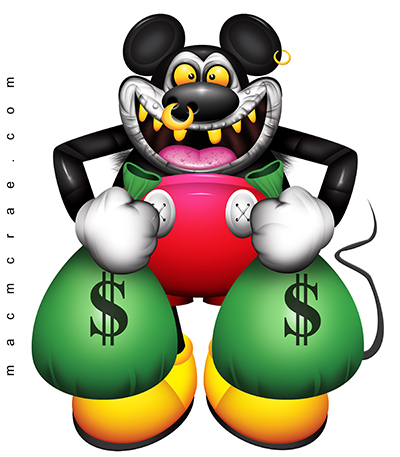 Disney World has become a children’s Meet and Greet park.  Disney World is all about real estate.  Corporate looks at their property as parcels of real estate with shops, attractions, restaurants, and empty space.  I’m positive that corporate also has a financial goal per each square foot of property.  However they decide what the non-paying attractions or closed attractions are worth, they’ve found a way to get guests to visit areas that have nothing in them of any real value: they create a meet and greet zone so parents can get photos of their kids with various rubberheads . . . costumed characters.  Parents love the photo ops; kids love meeting their favorite Disney characters.  But these zones really don’t add to the Disney experience for grown-ups without children, and their prevalence through all four parks shows that Disney has embarked on a no-cost or low-cost philosophy for creating experiences.  Consider that the Magic Kingdom alone has 21 meet and greet zones.  21.  Doesn’t that mean that there are areas where a ride or attraction could go that would end up bringing in more paying customers in the long-term?  Or is Disney more interested in investing less and catering to a certain demographic?

Result: Bad show for grown-ups, and zero interest from me. 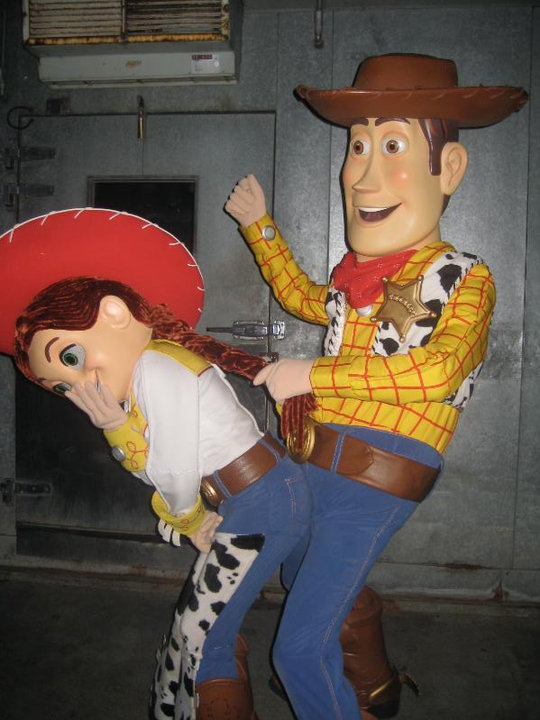 Good Food/Bad Food: Theme park food is notoriously bad, but Disney, in certain park restaurants, can deliver some incredible meals.  The San Angel Inn inside the Mexico pavilion at EPCOT deserves the accolades it’s received over the years, including an unexpected endorsement from Jimmy Buffett, who said he loves the restaurant.  We had a great lunch one day at the Liberty Tree Tavern, too; so good that we decided we needed to go back on our next trip.

Not anymore.  In fall 2016, Disney changed the Liberty Tree menu from individual meals to family-style meals.  Why?  Why would they tamper with a winning formula?  Because it costs them less to make a large portion for one table, and then charge the customer more for the family-style experience.

We know, Disney, that you’re in the business to make money.  We get it.  There have been many, many times I’ve just handed Mickey my wallet at the Magic Kingdom turnstiles and told him, “Do me.”

But when you take away from a good experience, and then slap us with a higher bill at the end, that’s really just a slap in the face.  And its a bad experience that we’ll remember.

There is currently no reason to go to Hollywood Studios or the Animal Kingdom.  Large portions of Hollywood Studios and Animal Kingdom are closed in order for construction of new lands and attractions, including Star Wars land and whatever they’re going to call the land of Avatar.  (Personally, I’m not too sure about Disney’s decision to bank on Avatar and its forthcoming sequels, but I’ll give the place a chance.)  If Disney were to offer discounted tickets because so many things in these parks are closed, I’d take advantage of it.  But ticket prices are the same no matter how many attractions are closed.  My advice: save your money and hit up Universal instead.  Harry Potter land will blow Avatar land away, and Citywalk, with its nightclubs and entertainment, deserves to pull in the adults that Disney now refuses to acknowledge.

You can find me in Margaritaville, at Universal Citywalk, just an UBER drive away from WDW.

Disney Springs is the Orlando tourist’s version of Rodeo Drive: upscale shopping, imports, trendy retailers, and $$$$-$$$$$ restaurants, all designed to separate you from your money under the illusory umbrella of a Disney experience.  The stage entertainment is as good, if not better, than outdoor stage shows in the theme parks; but there’s not much Disney about Disney Springs.  Instead, it’s the very clean, modern feel of an outdoors “town center” shopping experience, and very little in the way of a signature Disney experience.

The West Side is largely unchanged, in terms of layout and landmarks, on the far left in the above map.  Also largely the same is The Marketplace, which is what is left of the original Lake Buena Vista Marketplace, over on the far right.  In the center are the new areas that define Disney Springs; so new that in the smaller map above, the Town Center is given no details.  The Landing is the refurbished area that was once the late, great Pleasure Island, and the new area below that, Town Center, was the Pleasure Island parking lot.  Two giant and ugly behemoths dominate the landscape when you drive by, the Orange and Lime parking garages.  For a company that prides itself on aesthetics and pleasing the guest’s eye, the parking garages simply block the line of sight.  The dynamism of the West Side’s skyline could have continued down the line with Town Center’s skyline, but Town Center is completely hidden by these gargantuan, grey boxes, and any excitement the skyline could have generated to those driving by is completely negated.

Shopping.  Dining.  Lights and colors.  Disney Springs looks great, and the times we went, it was always packed.  The stores were not; but there were a lot of people looking around.  So what’s missing?

The all-adult experience is missing.

And so is a true Disney experience.

The magic just isn’t there.

Disney Originals are best.  Every person who goes to any Disney park has their very own, favorite ride.  Today, regarding the parks, we are in a Disney era where the commercially-viable idea is king; where Disney properties are not only milked for every penny of profit, but squeezed–squeezed until all the creative lifeblood is drained from them.  Twilight Zone Tower of Terror is going to receive a thorough overlay, changing the attraction from an original, spooky idea to a concept based on a currently hot property, but one that may not last the test of time.  Norway is displaced to make room for Frozen.

It’s arguable, of course, but I believe that time has shown us that Disney’s best attractions are not those based on movies or shows.  They’re the original ideas that germinated under Walt, or sprang up shortly thereafter.  Here’s Wikipedia’s list of current Magic Kingdom attractions:

If this is the case, why doesn’t Disney get their Imagineers to come up with original attraction ideas any more?

Because they are afraid to take risks with original ideas, and instead want to invest in what they consider sure things, even though they may only be for the short term.

Considering how WDW basically destroyed Pleasure Island and, especially, the Adventurers Club–perhaps the most original attraction since Big Thunder Mountain in the 1970s–with slow deliberation (because their nightclubs only pulled in revenue for less than half a day’s operating hours), for them to create such an incredible venue as Trader Sam’s–on both coasts–makes me wonder . . . How?  Was it the promise of alcohol revenue?  Were the special effects easy to create and inexpensive to maintain?

I have no idea.  But Disney World needs more originality, and to take more chances.  If Trader Sam’s shows them anything, it’s that they have adults wishing to spend their money on Disney’s singular brand of entertainment.

Why not give grown-ups some original venues in the parks, too?  And some cool nightclubs in Disney Springs?