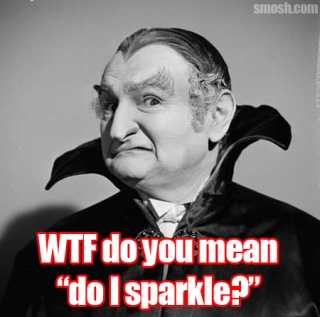 The root of the contemporary vampire tale is still the best.  Bram Stoker’s unparalleled Dracula lives on . . . and that begat Stephen King’s ‘Salem’s Lot . . . and both direct influences have led me to the novel I’m working on as I speak, Ghostflowers.  It’s Dracula and love and titillation and Hammer Films all rolled into one, and I owe it all to Stoker, Barnabas Collins, Christopher Lee, and Vampirella.

But let me introduce you to two new short films that hearken back to Bram Stoker, with a take-your-stake-and-shove-it nod to Twilight.  They’re the best vampire movies I’ve seen in years.

Here’s the link to So Pretty and So Dark.

So Pretty takes place first, and So Dark immediately follows.  And if any tv producers out there have the guts, this could be an awesome cable series.  I like them because they’re classic undead, but with modern sensibilities.  And there’s a cameo of a famous vampire killer that I didn’t see coming.