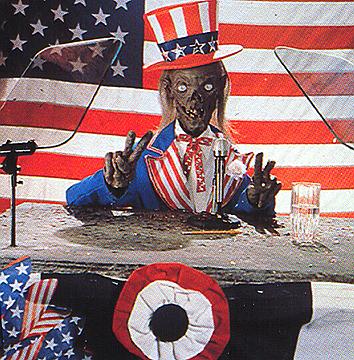 Gather round the Offal Office, kiddies!  It’s your old friend and candiDEAD, the Cryptkeeper!

— they’ll get to live in the Fright House!  I hear they’re both DYING to be President!

Anyhoo, it’s Halloween, and it’s time for our annual roundup of scary tales guaranteed to burst the old colostomy bag!  And I don’t mean my dear departed mother!

Magic is the﻿ main theme of most of this year’s books, so let’s start off with a good one — and it’s nonfiction, too.

Fooling Houdini is a search for oneself book, one that starts and ends with the search to master the art of illusion.  Author Alex Stone, magician, scientist and writer, chronicles his quest to become a better and better magician.  He introduces us to the best magicians in the world, most of who we’ve never heard of, and shows us, step by step, how they worked and practiced for years just to become the single best of their craft.  If you ever loved magic — the thrill of seeing a woman cut into threes and still be alive — this book will cast a spell on you.

I love the Tony Valentine mystery series by James Swain, about an retired cop who works for casinos in order to catch cheaters and thieves . . . grifters.  With Dark Magic, Swain has started a new series about Peter Warlock, a stage magician who is also a powerful psychic.  Where the Valentine series is filled with humor and life, this new series is dreadfully dark.  I came away from this novel thinking that Swain was only halfway there — the story is solid, but the characters aren’t fleshed out, the situations aren’t very original, and it just doesn’t seem that Swain’s heart was in it at all.  It’s a shame, because Swain is a very good writer.  Dark Magic does not reflect him at his best. 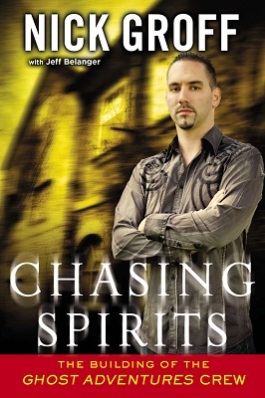 Another book I can’t recommend is a nonfiction book, this one by co-star of Ghost Adventures on Travel Channel, Nick Groff (and his ghostwriter, Jeff Belanger).  Chasing Spirits: The Building of the Ghost Adventures Crew is less about the ghosts they “find,” and more about how working on the ghostbusting show has affected the author.  Sorry Nick, but I need scares, not your personal insights, which, frankly, are trivial and borderline adolescent — worrying about the jeans you wore or how you can be a positive force for change are things middle schoolers worry about.  I’d much rather worry about the demon that’s possessing my friend.  Now, THAT’S a book. 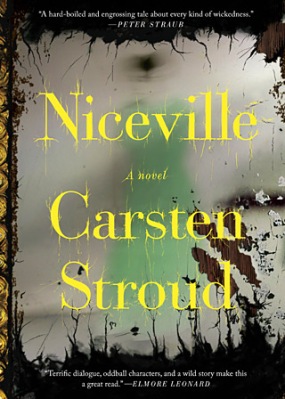 There’s magic in Niceville, too, but . . . SURPRISE!  It ain’t very nice!  This is a powerfully written novel by Carsten Stroud.  Imagine Carl Hiaasen and Stephen King in Twin Peaks territory, and you’ll be in Niceville, where nothing good goes right . . . and the bad stuff goes wrong, too.  It’s a tapestry woven of past and present acts of evil: past sins, present sinners, all surrounded by the funhouse motif of mirrors and reflections.  I sincerely hope there’s a sequel planned, because, by the end, the evil of Niceville has NOT been punished.

Advent is very much the first novel in a trilogy, and therein lies its major flaw.  It left me wanting more.  Not wanting a second volume, and a third — I just wanted it all over with in a tidy, compact tale.
Gavin Stokes is a fifteen year old who sees dead people and hears spirits.  His present-day story is intertwined with the 1537 story of Johann Faust, a wizard, who bottles up the world’s magic for centuries, until it is unleashed again by the unwitting Gavin.  It’s not a bad novel, but merely incomplete.  I liked it, I did . . . but I wanted more and better.
Let’s finish with a twofer of twofers: 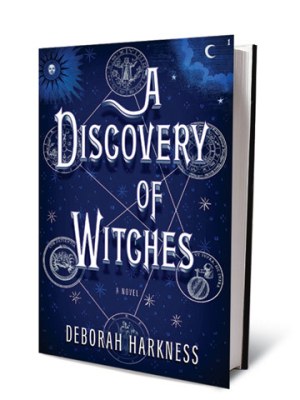 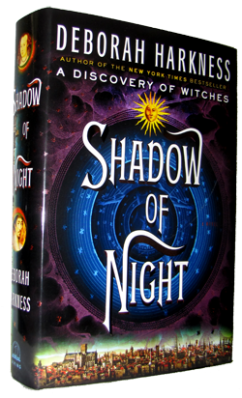 These are the first two novels in a trilogy by Deborah Harkness, and they are, for me, a guilty pleasure.  I was captivated by the first volume, A Discovery of Witches, because it’s a book about a magic book, and the biblioholic in me was instantly book-hooked.  The second volume, Shadow of Night, continues the characters’ journey from the present day and into the Elizabethan past.  While I wasn’t enraptured by the very feminine love story that is the heart of this trilogy, Harkness and her inventiveness keeps me wanting to read more. I’ll be there for volume three.  More magic books! 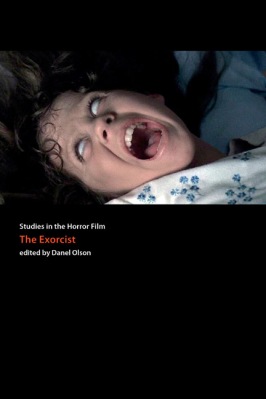 Two titles from Centipede Press will finish this Cryptkeeper’s Cavalcade of Cadavers, kiddies.  I have long been of the mind that the best horror films were made in the 1970s, and one final, truly great horror film bookended the decade: The Shining in 1980.  Centipede Press has two nonfiction books that capture the essence, both cinematically and in scholarly fashion, of my two favorite horror films of all time: 1976’s Carrie and 1973’s The Exorcist.  Studies in the Horror Film: Brian De Palma’s Carrie, by Joseph Aisenberg, and Studies in the Horror Film: The Exorcist by Daniel Olson, are two volumes that deserve to be on the permanent bookshelves of every horror nerd out there.  Aisenberg delves deep into every creative crevice of De Palma’s 1976 masterpiece; and Olson has edited an exemplary book of essays and interviews that shed light on demonic darkness, even touching briefly on the cinematic sequels.  I don’t think Carrie has ever gotten a book-length critical analysis before, and The Exorcist has had a variety of books written about it, but these two titles are magnificent and knowledgeable.
And what else is magic but the creative use of knowledge?
Happy Halloween, kats and kittens! 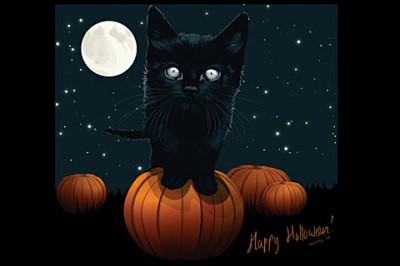 One thought on “Books for Halloween”